From the Office of the Governor,

SACRAMENTO – With the country still reeling from the mass shooting in Uvalde, Texas that left 19 children and two teachers dead last week, California’s nation-leading record on gun safety provides a pathway for states seeking to rein in gun violence. 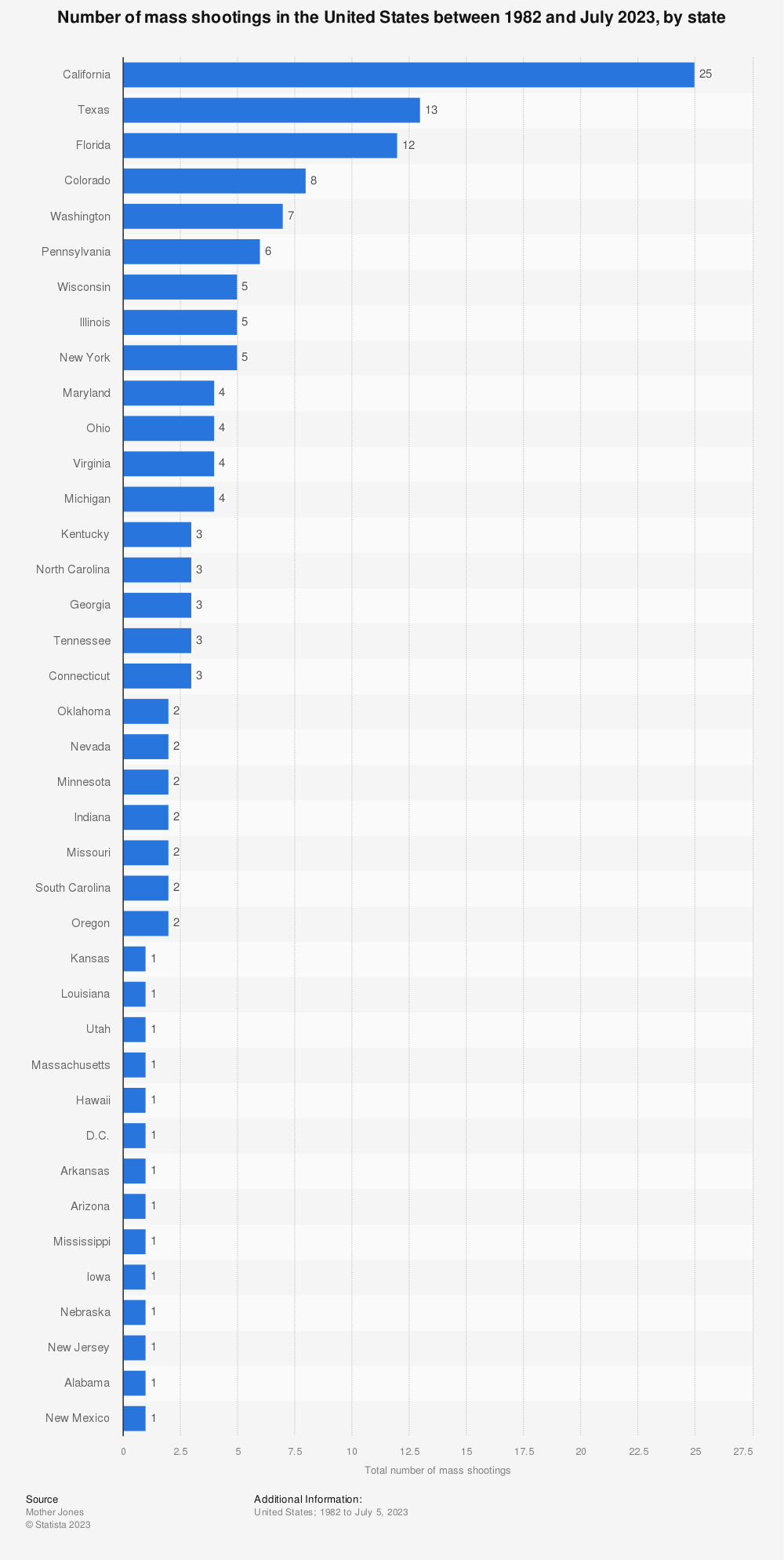 Wow. Really leading the way there, California. Literally just using your population to pad that death toll per capita of violent incidents. If your policies worked so well, I’d expect better results. Like, at least have fewer incidents than Texas if you are going to throw Texas under the bus as the bad example.

From the Public Policy Institute of California (PPIC): “Compared to citizens of other states, Californians are about 25% less likely to die in mass shootings. Between 2019 and 2021, the state’s annual mass shooting homicide rate of 1.4 per one million people was lower than the national average of 1.9.”

Really, you only sampled three years?

Would Thousand Oaks in 2018 throw your rate off?

According to this list, sorted by dates. You picked three years where you didn’t have a mass shooting with 10 or more deaths. Convenient since you’ve had 23 with four or more deaths, nearly double that of any other state. When I look at the deadliest shootings too, same list at the link, I see a lot of California right next to Texas. So are we arguing some policy that California put into place rendered shootings less dangerous in California? Texas has seven 10+ deadly casualty incidents to California’s three, true. But Texas only has 13 total 4+ deadly casualty incidents (the chart doesn’t include 1966, University of Texas) to California’s 23.

California banned ‘Assault Weapons’ in 1989 but two of its three worst mass shootings happened after the ban. California’s deadliest shooting was with two 9mm weapons and a pump action shotgun, so much for 5.56 rifles being the problem we need to solve.

The deadliest school shooting in the history of the country, the third deadliest mass shooting, occurred with a pair of handguns, a 9mm and a .22.

So where is the consistency in logic? Is California or New York actually better off, or is Newsom just lying with statistics again? By mischaracterizing outlier extreme violent events in a certain way, and selective timelining, it can certainly look like your policies are working instead of it being blind dumb luck that nobody got that angry again in your state.

So congratulations again to Gavin and California. Ranked #1 in Gun Safety, with the most mass shootings and the most school shootings in history.