In 2013 Taurus did something surprising and brought a rifle to the market. They have done rifles and even SMGs in Brazil, but this would be the first time they brought a rifle to the American market. They chose to take Taurus SMT MT G2, an SMG, convert it to a PCC, call it the Taurus CT9 G2, and bring it to the United States. They did this in 2013, which put them in a prime spot to get hit by the PCC craze that would be coming in 2014 and 2015.

Yet, the CT9 G2 failed and failed somewhat miserably, so what happened? Functionally the gun wasn’t terrible. The CT9 was reliable, easy to shoot, had decent ergonomics, and was surprisingly accurate, so what happened?

The CT9 Was… Kind of Ugly

When you import a semi-auto rifle into the United States, it has to have some form of ‘Sporting Use’ and cannot be imported with the basic cosmetic features we know and love. When FN imports SCARs, they come in a weird neutered configuration, and once in the States, they fix ‘em up. 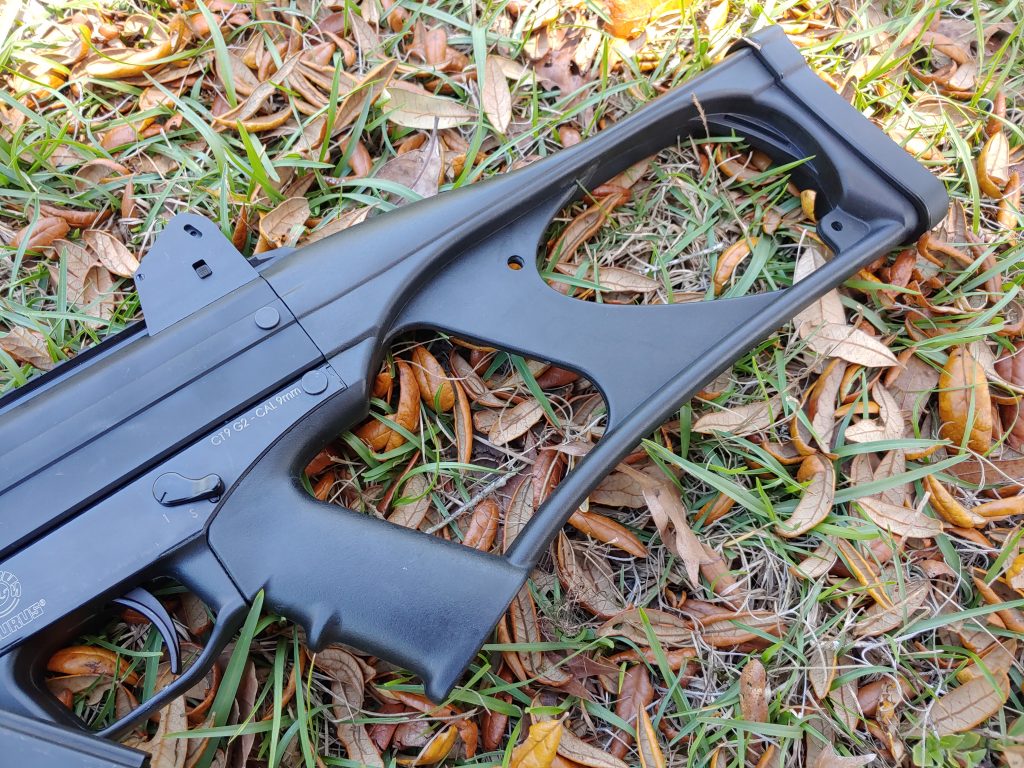 The CT9 came to the States in a thoroughly neutered format and kept it. We got the terrible thumbhole stock that made the CT9 butt ugly. It’s very USC in its design, and the American variant of the rifle just looked bad. Taurus should have imported the gun, fixed it up, and attached a folding stock or even an AR-style stock. Anything but the thumbhole design.

Whenever I’m reading about a new rifle, and I see the term ‘proprietary magazines,’ my stomach lurches. Proprietary mags don’t always suck. CZ’s Scorpion mags are great, easy to find, affordable, and came in various capacities. Well, the Taurus CT9 is an example of proprietary magazine failure. 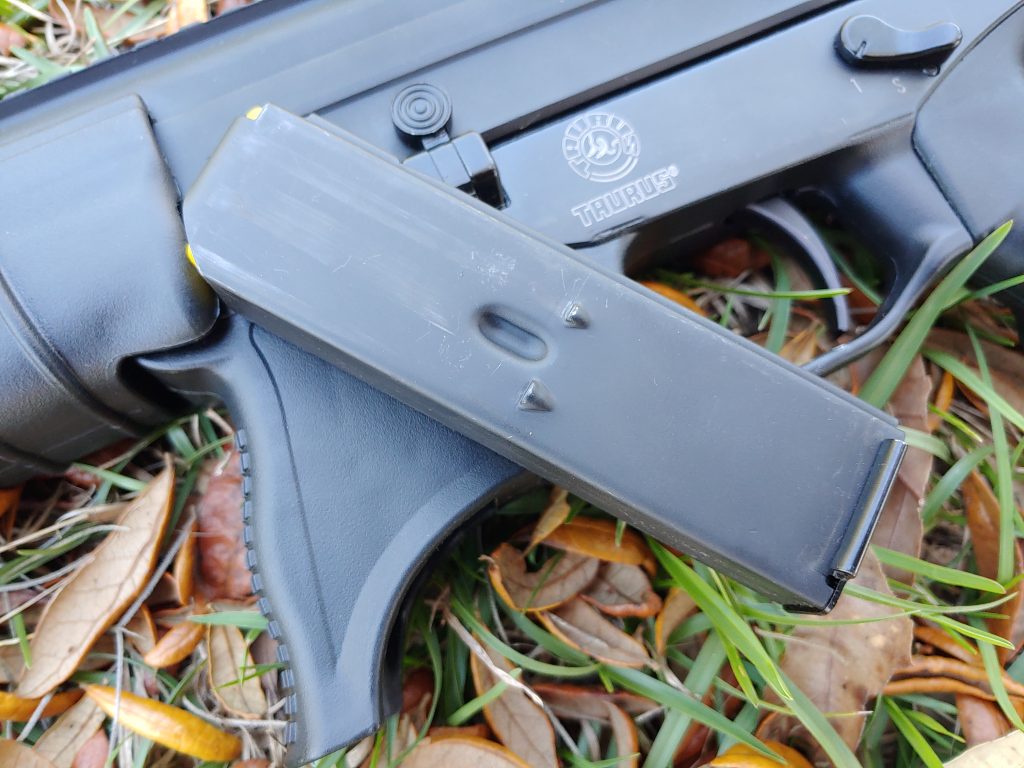 The gun came with two ten-round magazines, and that was it. Taurus never imported, sold, or made available any higher-capacity magazines. The weapon was never popular enough to warrant aftermarket support either. So owners were stuck with ten rounders and some modified Uzi mags to work, but most owners were stuck. 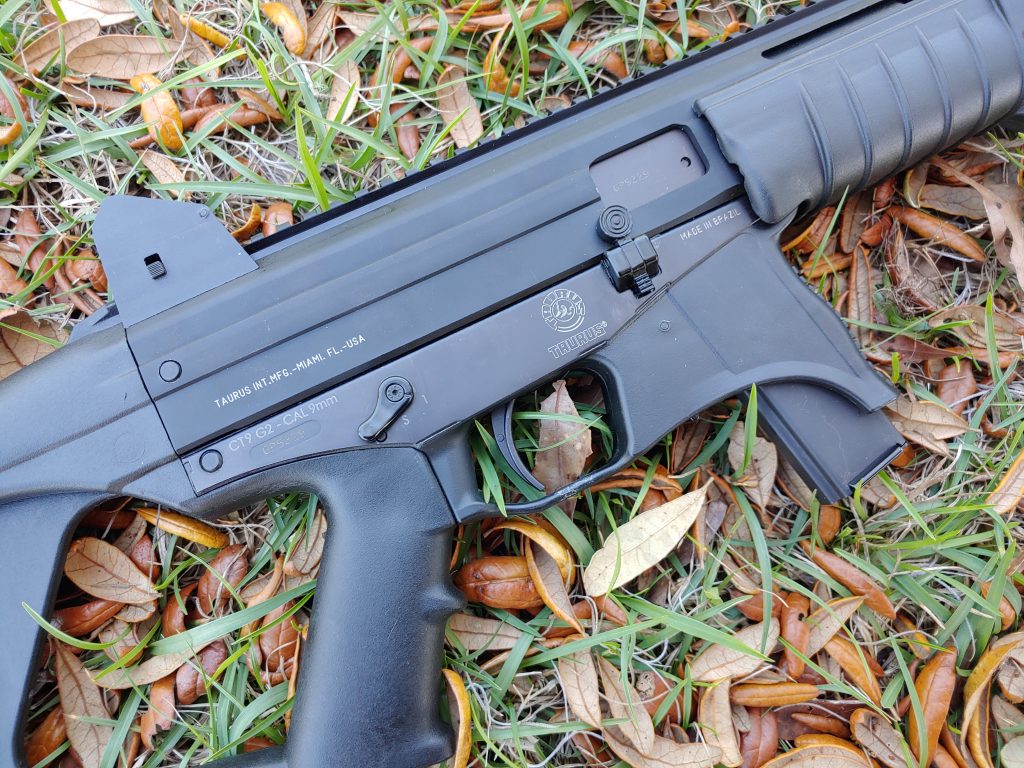 The sights are big chunks of plastic that don’t fold out of the way. The front sight can’t be adjusted, so hopefully, it’s right! The rear sight can be adjusted and comes with a peep sight and a close-range aperture that resembles a Glock rear sight for close-range shooting. The sights… kind of suck.

Also, as part of the neutering, the barrel isn’t threaded. They should have deneutered the whole gun when it got to the states, but at the very least, they should have threaded the barrel with PCCs being so easy to suppress.

Taurus released the gun and said have fun and faded away. They went to the store to buy cigarettes and never came back. They did diddly with the CT9. Not just magazines, but they never offered any 922R parts or support either. CZ did it right with the Scorpion. Release it, then get to working on kits to satisfy 922R to allow the manufacture of SBRs. 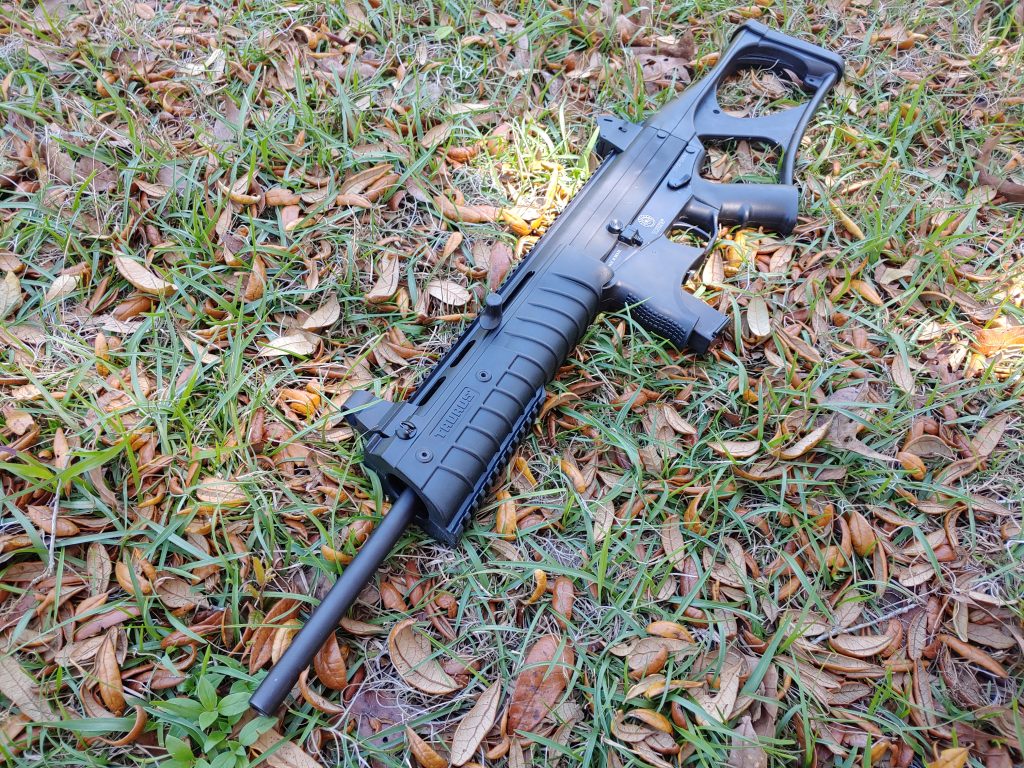 The CT9 got zero aftermarket support, either. Looking at message boards, people found various ways to attach stocks and similar items. No one else supported the gun.

Taurus could have imported stockless, large format pistols variants of the CT9 and been ahead of the curve. That’s the route CZ took, and it worked well. Large format pistols would be easier, and wouldn’t have to worry about 922R and sporting purpose clauses. In 2013 braces had just been unveiled and certainly weren’t what they are now. 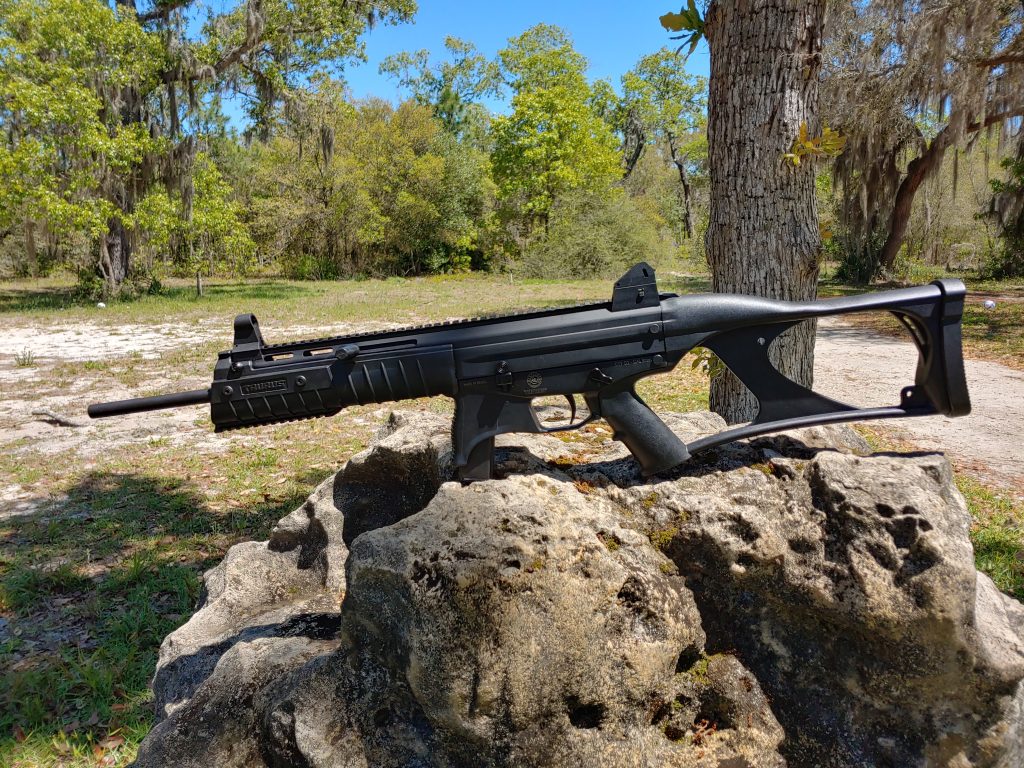 However, Taurus would have been ahead of the curve with a more SMG and more pistol-like version of the gun. Plus, we could have gotten real mags with the pistol version. I’m betting the SMG look would appeal to a larger crowd than the weird PCC look.

The CT9 and The Future of Taurus

Taurus has been innovating, experimenting, and seemingly upping its quality control in the last few years. I think the CT9 or something similar could make a serious comeback. Hell, make it use PT92 mags so Beretta mags would be available, or pull a Ruger and have multiple magwell options.

As of now, most CT9s are tough to find and seem to be drying up. I’m sure Ian will have one on the Forgotten Weapons channel soon. Or they might be back and better than ever in 2023, continuing the Taurus glow up.

Source
The Quickly Forgotten Taurus CT9 is written by Travis Pike for gatdaily.com