The Marine Corps ARQ – Breaking Down the New Rifle Qual

The Marine Corps takes a lot of pride in the fact that every Marine, regardless of MOS has to qualify yearly with a rifle. An infantryman and an admin Marine have to pass the same qualification every year. Annual Rifle Training, or ART, has been around since the early 1900s, and it’s ancient. It’s not realistic, not combat-relevant, and kind of silly in the face of modern training. The Marine Corps recognized that and has now replaced the ART with the ARQ.

What the hell’s the ARQ?

ARQ stands for Annual Rifle Qualification. The ARQ promises to place more of an emphasis on realistic qualification standards with modern equipment. Marines will still engage from various ranges and will still qualify out to 500 yards.

The ARQ will be split into three days. The first day is known as the Holds day. This day will prepare Marines for the qualification. They will zero and confirm their zeroes. Shoot the drills required in the ARQ, and then practice at ranges from 15 to 500 yards. They’ll learn their holds, visually see the range, and become more accustomed to their rifles and optics. 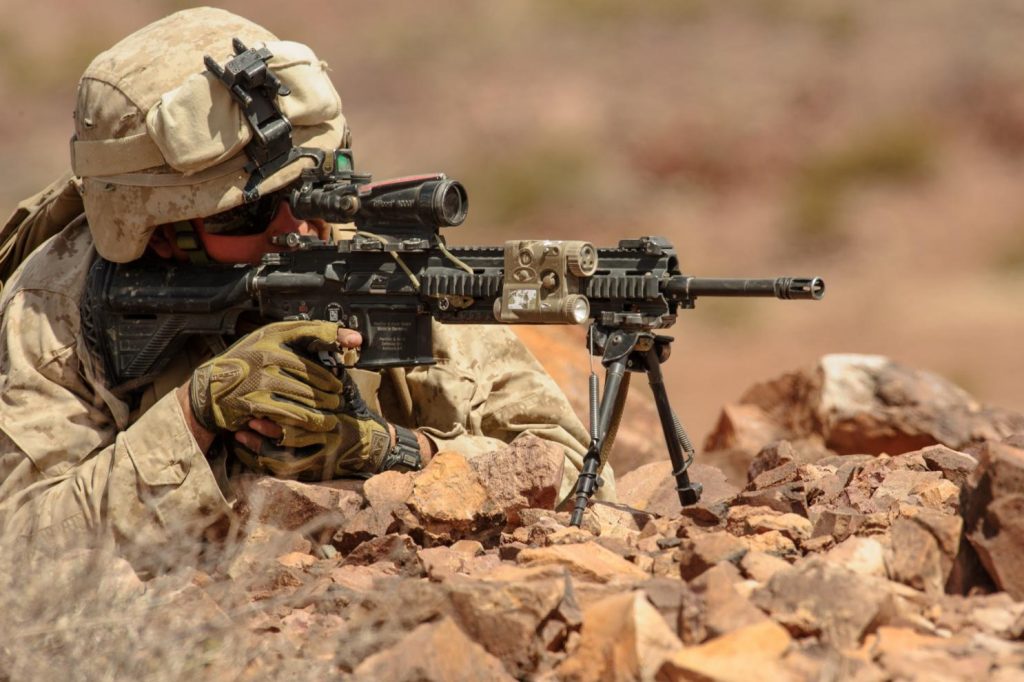 Day two will be the pre-qual, which allows Marines to shoot the entire course of fire. Here is the last chance they have to make corrections and ensure they have a plan to approach the next day. Day three is the qual day where they shoot the course of fire for score.

On qual day, they will start at 500 yards and work their way to the 15-yard line. The old qual ended at the 500. Beginning at the 500 better simulates an actual advance. Marines locate, close with, and destroy the enemy. Starting at 500 and moving forward will simulate that. Marines will go from the 500 to the 300, then the 200, then the 100, and finally the 25, where they will move to the 15-yard line.

The Course of Fire

Marines will also be forced to think about how they will approach each range and course of fire. There isn’t one way to do it correctly. At some ranges, they’ll be allowed to choose their position and the ability to use a rest for supported fire.

At 500 yards, Marines will move from the standing to prone and engage with five rounds in 45 seconds. They’ll repeat this drill eight times.

At 300 yards, the Marines will fire controlled pairs in 15 seconds. They’ll repeat this drill eight times. The ARQ allows Marines to choose between the standing, kneeling, or prone position. While the lower positions offer more support, they’ll take more time to assume and eat up precious time. 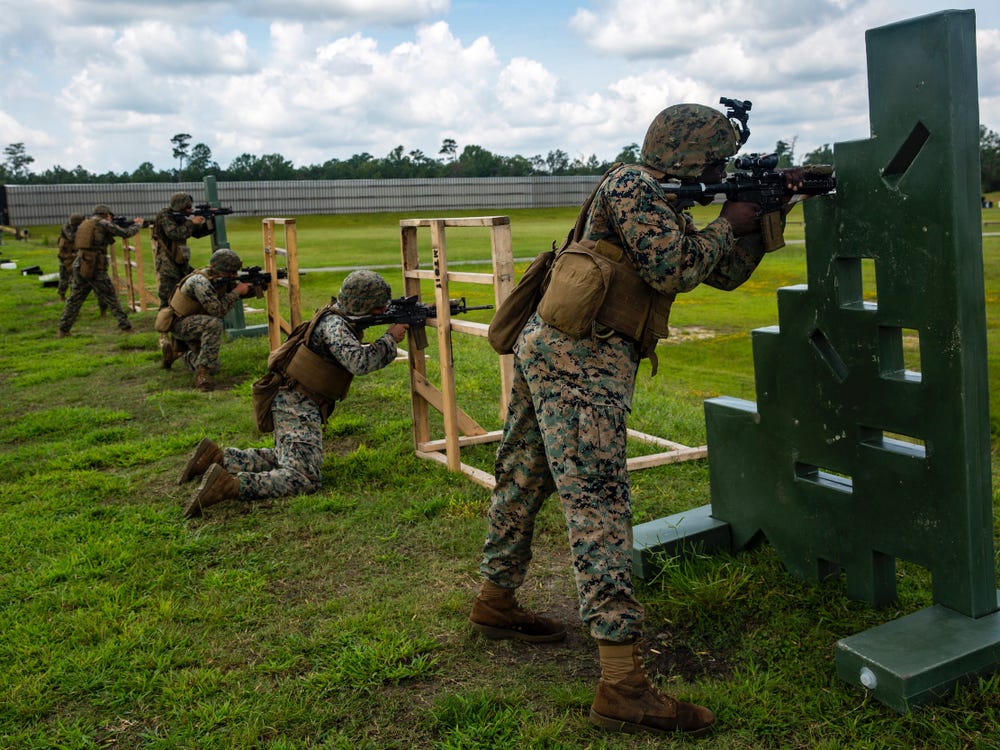 At 200 yards, Marines will also deal with moving targets. They can stand or kneel, and they have to engage the targets with two rounds in eight seconds for seven total runs. 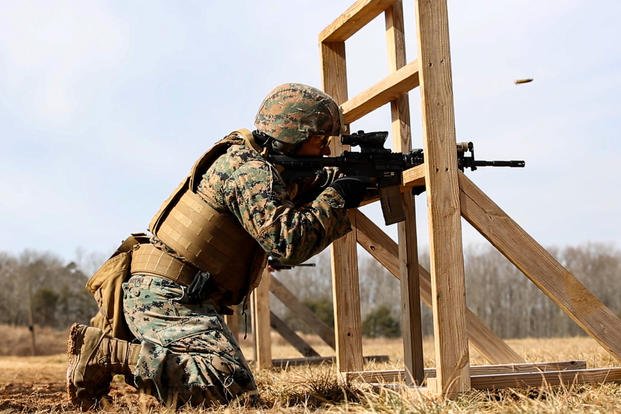 At 25 yards, the Marines fire in the standing only and utilize rifle drills. The first drill is headshots, and they’ll fire six headshots at 25 yards.

Next is the failure to stop drill. This is two rounds to the chest and one round to the head. They’ll repeat this drill four times. 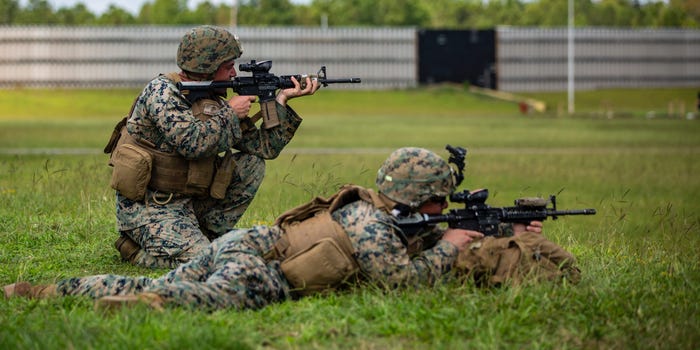 The third ARQ drill requires Marines to shoot a box drill. A box drill spans two targets and requires the Marine to shoot two rounds into the chest of each target, then fire a headshot on each target. Marines will do four of these.

Finally, they’ll move from the 25-yard line to the 15-yard line firing a failure to stop drill as they move. They’ll repeat the final drill twice.

The new ARQ will force Marines to shoot in full gear and ditch the parade sling and loop sling stabilization. Marines will be allowed to use their rifles the same way they’d use them in combat and on LFAM field ranges. This means they can use bipods, use their magazine as a monopod, and their assault pack as a low rifle support.

The new targets will require Marines to hit the head or chest to score points. These are known as destroy targets. Hitting black is no longer ‘good enough.’ Marines will need to kill the target, and anything less doesn’t count. The Destroy target will be used at every range, with no more silhouette, dog, or circle targets. 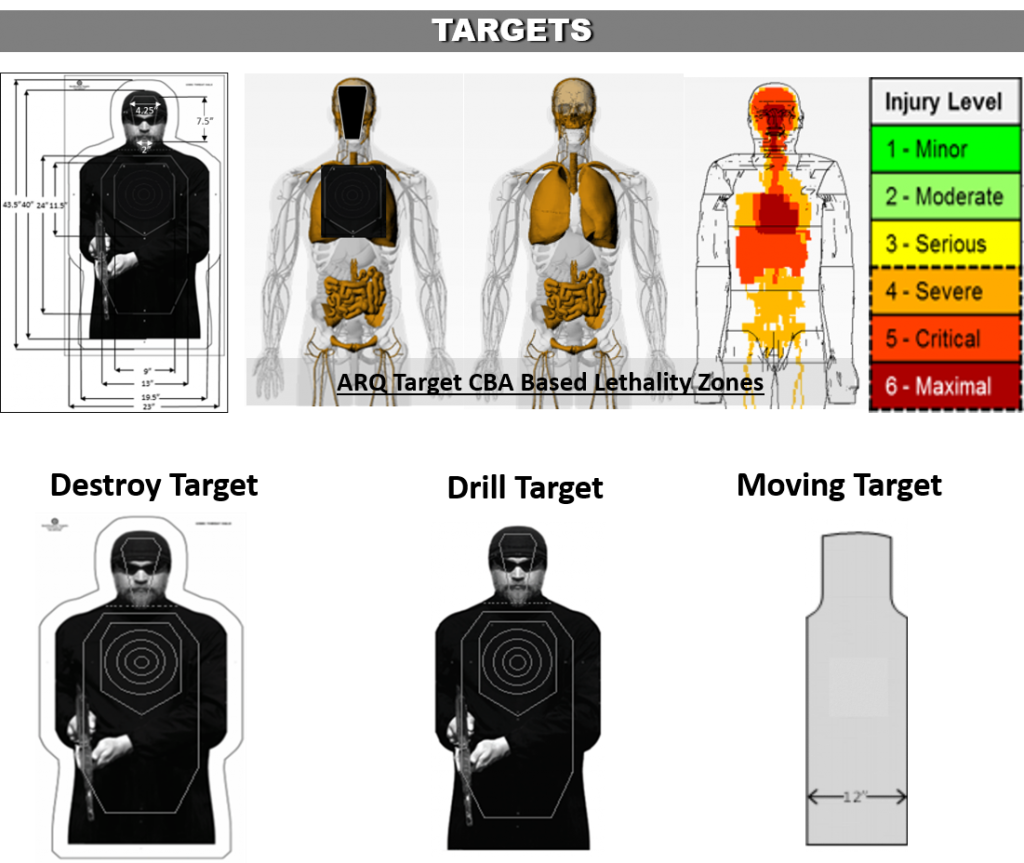 Movers are the only other target. They are 12 inch wide targets that the Marine only needs to hit the target to score.

Scoring is split into Destroys and Drills. Much like the PFT, the different events are scored. You can get a 100% on your destroys, but if you don’t get the minimum drills, you will fail. Shooters will need to score high in both the targets destroyed and successful drills to become an expert.

Any training done by Marines should be done with the intention to make them more lethal. I think the ARQ does just that and is a needed wake-up for the Marine Corps’ rifle qualification. The Basic School and Boot Camp will still use the traditional Table 1 and Table 2 qual, but beyond that, the Fleet Marine Force will use the ARQ.

I’m a little bummed I’ll never get to try it out, but I’m glad to see the Marine Corps working to make Marines more lethal.

Source
The Marine Corps ARQ – Breaking Down the New Rifle Qual is written by Travis Pike for gatdaily.com