The Savage Stance and Honor Guard

2016 doesn’t seem that long ago, right? It’s been six years! A lot has changed since then. Single stack 9mms were the hotness in 2016, and everyone produced one. This includes a little company called Honor Defense which produced their own single stack, striker-fired, polymer-frame pistol known as the Honor Guard. In 2021, Savage released their own new pistol, the Stance. Immediately some eagle-eyed viewers noticed the Stance looked a lot like the Honor Defense.

The Honor Defense Honor Guard was pretty typical in terms of polymer-frame single-stack 9mms. It had a few bells and whistles and even became an approved back-up and off-duty carry pistol with a few law enforcement agencies. Everyone has to have an edge or a take that no one else has, and the Honor Guard had the FIST model. FIST was a backronym that stood for Firearm with Integrated Standoff. 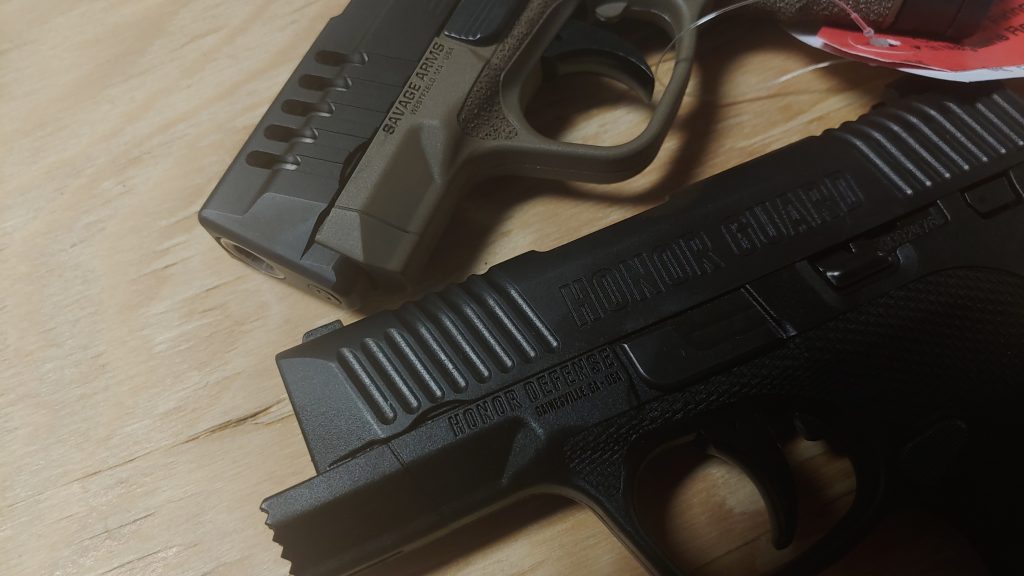 It was part of the frame integrated a stand-off device into the gun that extended half an inch beyond the barrel. The idea was that you could shove the gun into a bad guy’s body, and the slide wouldn’t come out of battery, so you could still fight. I’m still not sure how effective or useful the tool is, but hey, it was a thing.

What About the Stance?

Savage hasn’t made a handgun in years. I mean, their most famous handgun, the Savage 1907, was a sweet shooter and armed the Pinkertons as well as competed in a sidearm trial in the United States. The Savage Stance appeared in late 2021 and portrayed a single stack 9mm. Most new compact pistols are ‘micro’ compacts, but the Stance kicked it old school. 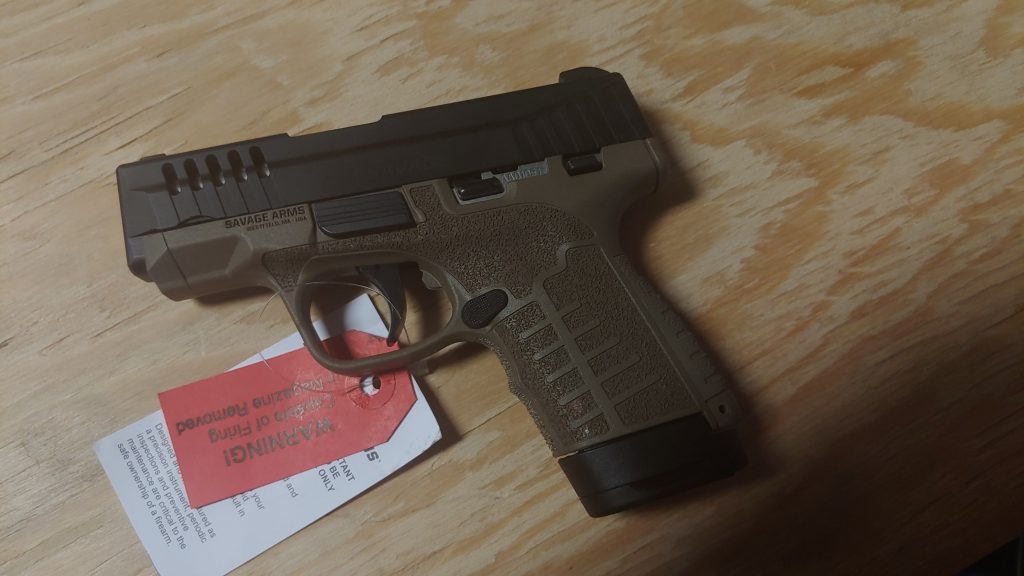 Well, as old school as 2016 gets. The Savage Stance came out swinging with a variety of frame and slide colors as well multiple magazine capacities, and even models featuring lasers. I was curious, but when I saw the comparisons to Honor Defense, I knew I had to get to the bottom of this rumor.

The Stance doesn’t have a FIST, or at least none of the models that have been released have the FIST. Now how closely is the Stance related to the Honor Guard? Well, Honor Defense went out of business a few years back, but my local gun store had one hidden away that never sold. 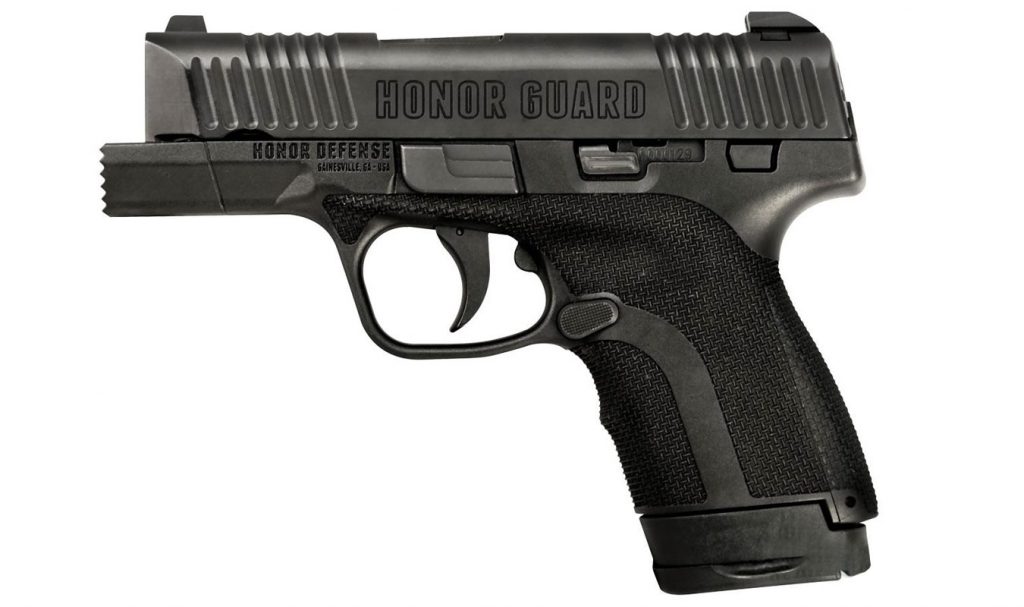 This allowed me to whip it out, compare it to the Stance and see where the familiarity began and ended. Well, I can certainly see the comparisons. Sure, they are both polymer frame, striker-fired, single stack 9mms, but that describes 20 other handguns.

What They Have In Common

The first thing I tried was magazine compatibility. Sure enough, the Honor Guard mags squeezed right into the Savage Stance, activated the slide stock and all.

A side-by-side comparison of the frames showed that they are the same in terms of shape and size. Both have rear inserts that allow you to reshape the weapon’s grip and alter the rounded rear to a smaller, flatter rear grip. 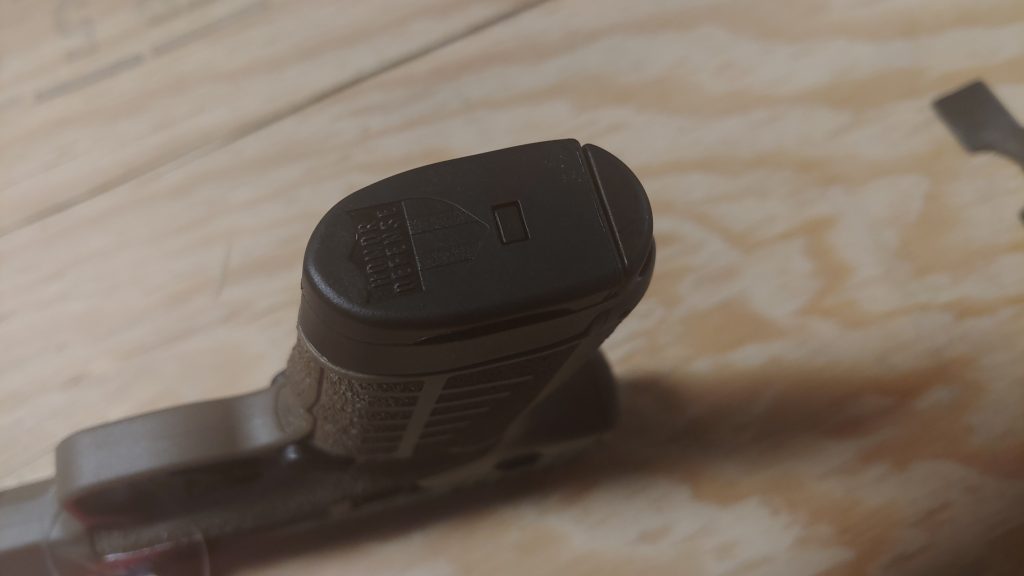 The Savage Stance keeps the ambidextrous controls of Honor Guard, including the option for a manual safety. It also appears that the sights are the same, and you can use Glock 43 sights with the Stance. Like the Honor Guard, the P320, and the P365, you get an integral, removable chassis that could open up the world to different frames in the future.

Maybe Savage will offer an aftermarket FIST grip module. From the ground up, the Savage Stance seems to be an Honor Guard. Savage likely licensed purchased or licensed the design and built their own.

Where The Stance Strays

Savage didn’t just purchase the Honor Guard pistols and remark them, Savage. The Stance does feature a number of differences and improvements. This includes a much more aggressive grip texture that clings to the hand. 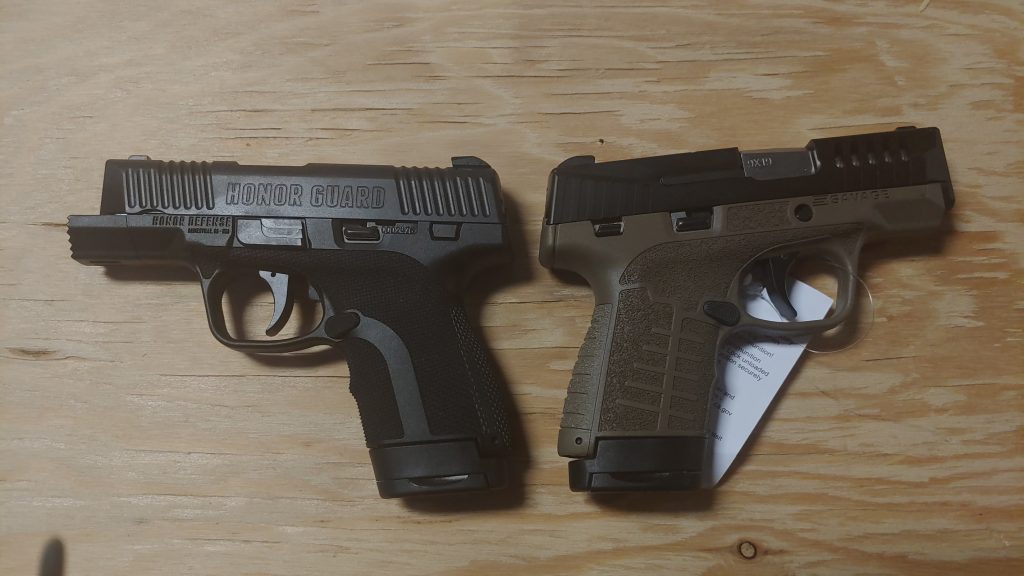 Savage altered the slide slightly melted down the angles and edges. They also lightened the slide with a series of cuts, five on each side, to be specific. These cuts also act as forward slide serrations.

The Honor Guard famously, or infamously, was not exactly drop safe. I’m willing to bet Savage didn’t make the same mistake. I plan to find out and watch this space for more information.

Source
The Savage Stance and Honor Guard is written by Travis Pike for gatdaily.com