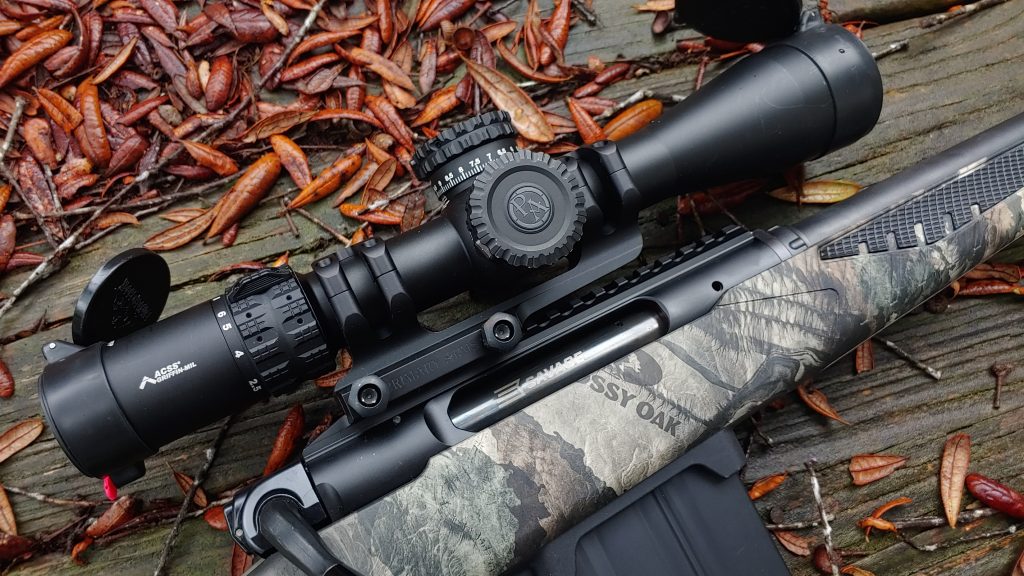 Unlike a traditional bolt action, a straight-pull bolt action only needs to be pulled rearward and then shoved forwards. It’s two motions instead of four. These are somewhat common overseas, with Blaser and Browning ruling the straight pull market. Why would one want a straight pull over a standard bolt action?

Why A Straight Pull?

Speed! Well, kind of. In Europe, semi-autos are tough to get your hands on in most countries. A straight-pull bolt is much faster than a standard bolt action and allows shooters to use traditional spitzer bullets. You might ask, what about lever guns? I asked the same, and then I shot the Savage Impulse. The back and forth action of the bolt is faster than a lever gun, can be done in low shooting positions, and doesn’t disrupt your sight picture nearly as much as a lever gun. 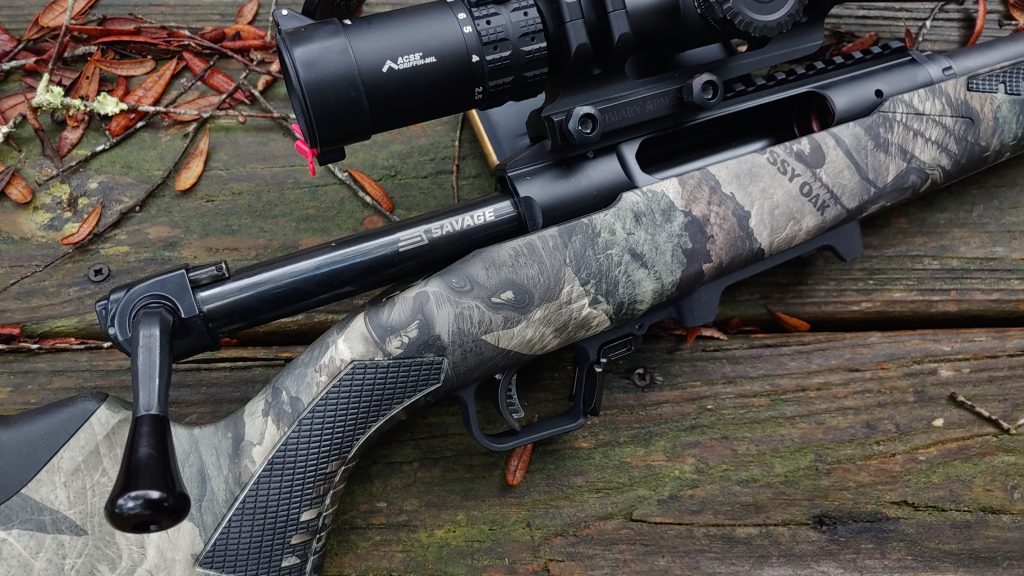 To answer the greater question, as an American in a free state, why would I choose a straight-pull bolt gun over a semi-auto? Well, mostly for sporting purposes. There is inherently more challenge using a straight-pull bolt gun to make fast follow-up shots on herd animals. Hunting hogs offers the chance for multiple shots on multiple animals. Easy with a semi-auto, but the straight pull provides more of a challenge.

Also, I wouldn’t be surprised if some states prohibit semi-auto rifles in the future, especially for game. As such, the straight-pull bolt offers fast follow-up shots in those situations as well.

Into the Savage Impulse

The Savage Impulse brings American shooters a straight-pull bolt gun in various models and calibers. My specific model is the Predator, and it’s in .308 Winchester. Savage also produces the Hog Hunter and the Big Game models. Calibers range from .243 and 22-250 to 300 Win Mag lots of options for lots of different shooters.

Models vary by finish, barrel length, caliber, and included magazine capacity. My Predator variant utilizes a 10 round AICS model, and obviously, you can find several different capacity AICS mags. The Predator comes with a 20-inch barrel that’s threaded and ready for a suppressor. 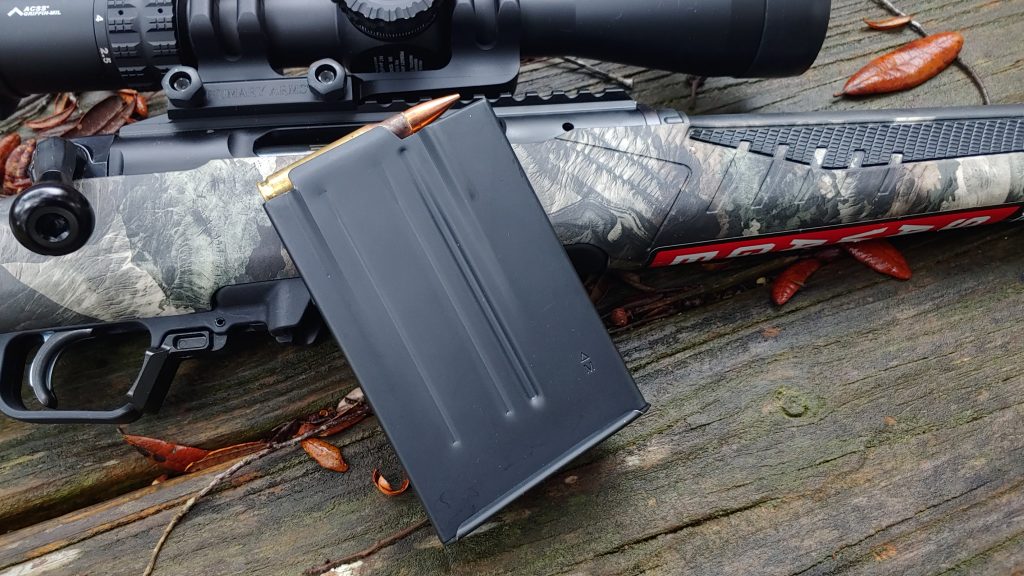 Across the top of the receiver sits a machined scope rail that’s quite handy. I’ve tossed on my Primary Arms GLx 2.5-10X scope. The gun utilizes Savage’s Accu-trigger, which brings a light and accuracy-friendly trigger. We also get a sling-ready design, which I greatly appreciate.

Besides those basic features, I also want to mention the stock. It uses the Accu-bedding, and it is composite with a Mossy Oak camo finish. The stock also comes with a series of spacers to allow the shooter to adjust the length of pull and to adjust the comb height. Bravo Savage, that’s two fantastic features we need to see on more rifles.

The Savage Impulse is not a lightweight rifle. My 308 variant weighs over 8.5 pounds unloaded and without an optic. Once loaded with my choice of optic installed, the rifle weighs over 11 pounds. Keep that in mind if you are a stalker or hunting in mountain country. 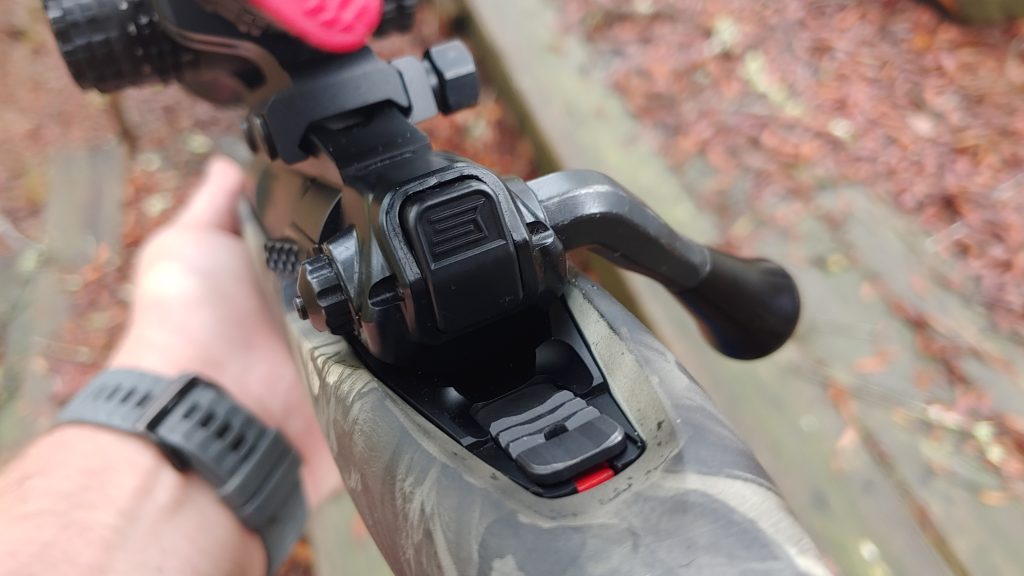 The Savage Impulse comes with an ambidextrous magazine release positioned right in front of the trigger guard. It’s easy to engage with and remove. While speed reloads aren’t near as necessary for hunting, being able to remove the magazine to fix a malfunction should be quick and easy. The safety and bolt release are also both ambidextrous and placed behind the bolt.

The safety is a tang style that would make Mossberg proud. Past that, the bolt release allows you to run the bolt without decoking the gun. After you fire the weapon, the bolt automatically unlocks for quick and easy cycling.

Oh, boy, was this thing fun to shoot. I love running that bolt rearward and reloading the gun. It’s so much fun and delivers a different degree of tactile fun. I love running it back and forth and running quasi tactical speed drills. Ever run a modified El Pres with a bolt gun? I did, and I eliminated the reload from the drill. 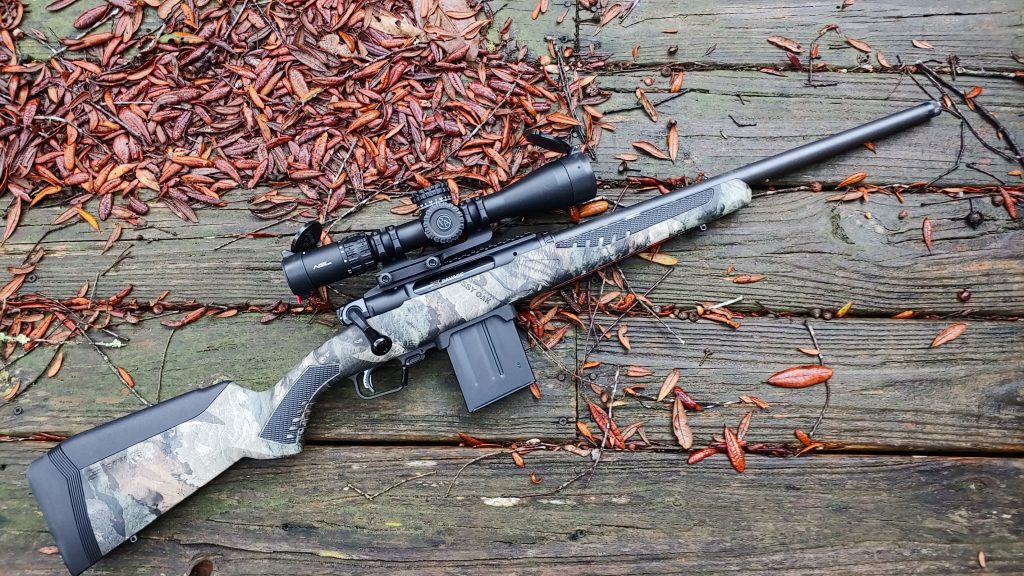 Even with a bolt gun, I landed six shots on three targets in under ten seconds. The targets were 33% IPSC targets, and the shots were all dead center. While the gun is heavy, it’s stable and very easy to control between shots. The recoil isn’t even stiff, and it’s surprisingly soft and quaint, if you will.

The bolt throw is short enough that it won’t slam into your face regardless of how fast and hard you pull it rearward. You can manipulate the bolt while maintaining a perfect sight picture and transitioning from target to target.

Accuracy is absolutely outstanding. I can easily drop round after round into a small bull’s eye. In fact, the reason I ran the El Pres was that I got bored of constantly hitting a bull’s eye at 100 yards. One hundred yards is nothing, so I went to a friend with more land, and we spent an afternoon after work at 300 yards. 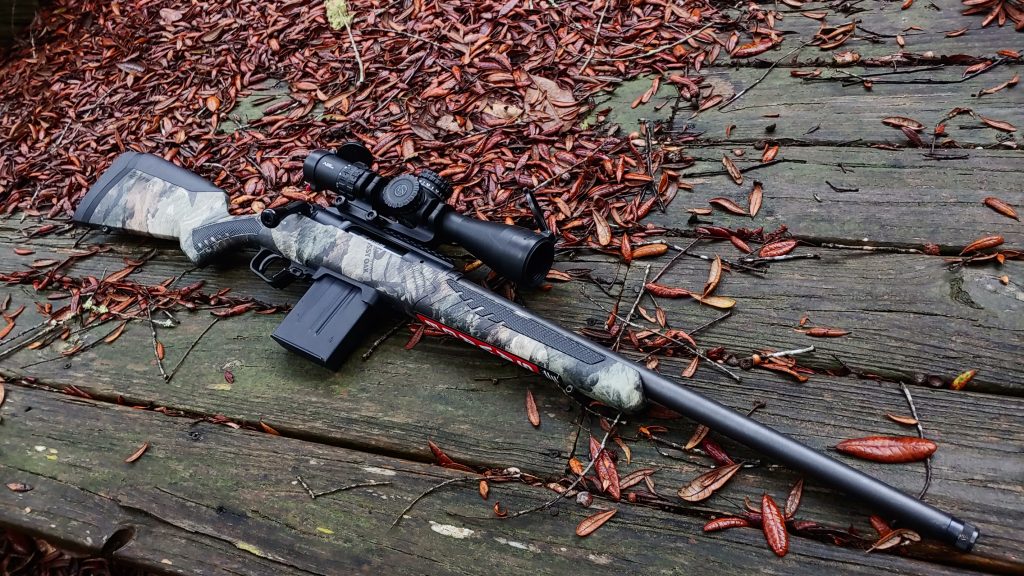 The gun’s perfectly accurate, and I can’t outshoot it, that’s for damn sure. The trigger is very smooth with a light pull and short travel. It’s a sweet shooter that’s primed for fast follow-up shots and smooth operation. 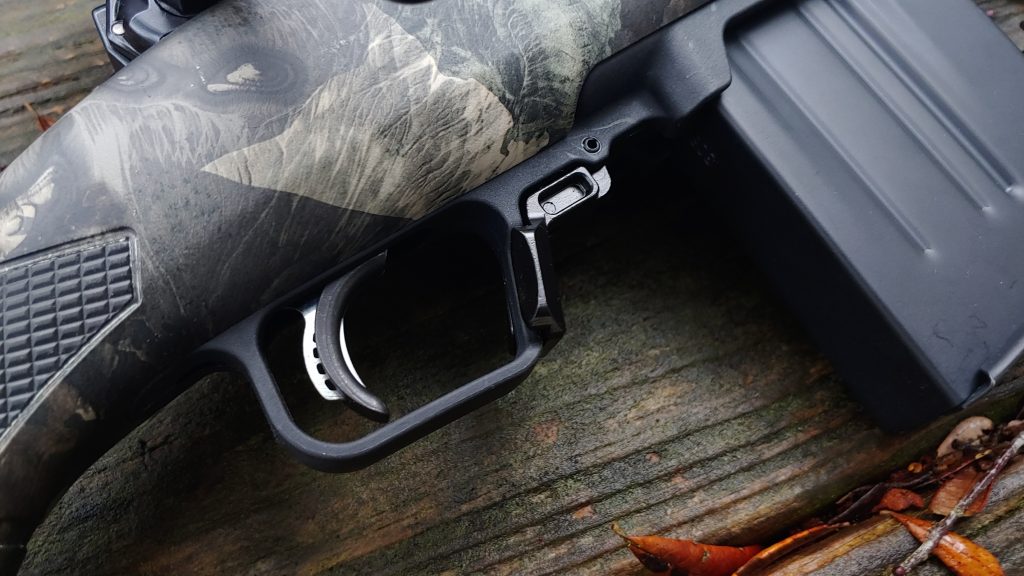 Getting Savage and Impulsive

The Savage Impulse delivers an awesome experience. It defies the normal bolt gun experience and delivers you a very capable and accurate rifle. Price-wise it’s up there compared to other bolt guns but cheaper than what our European brethren are stuck with. MSRP for my model is $1,379.00. It’s a ton of fun to shoot and doesn’t require me to source 7.5x55mm Swiss ammo either.

Source
The Savage Impulse – Straight Pull Awesomeness in 308 is written by Travis Pike for gatdaily.com