As a shotgun nerd, I’m always experimenting with my thunderstick. I might have settled on Federal FliteControl for home defense, but I’m always looking for suitable alternatives. Relying on a single round for all your defensive needs can leave you in a logistics nightmare. Covid, elections, and fear drove gun and ammo sales through the roof! As such, I picked up a number of budget buckshot loads and have been doing a little experimentation.

Today we are going to evaluate seven different loads of 00 buckshot from a wide variety of companies. We are shooting them through a cylinder bore Benelli M4 at a range of 10 yards at a simple piece of paper target. Let’s get a good idea of what budget buckshot can do.

The Classic Olin military buckshot often retails for well under a buck a round. Sadly, as of late, the ammo has been driven up in price. This nine pellet load comes in OD green with a plain cardboard box, and it reeks of military service. Projectiles are propelled at 1,325 feet per second and uses Grex buffering. 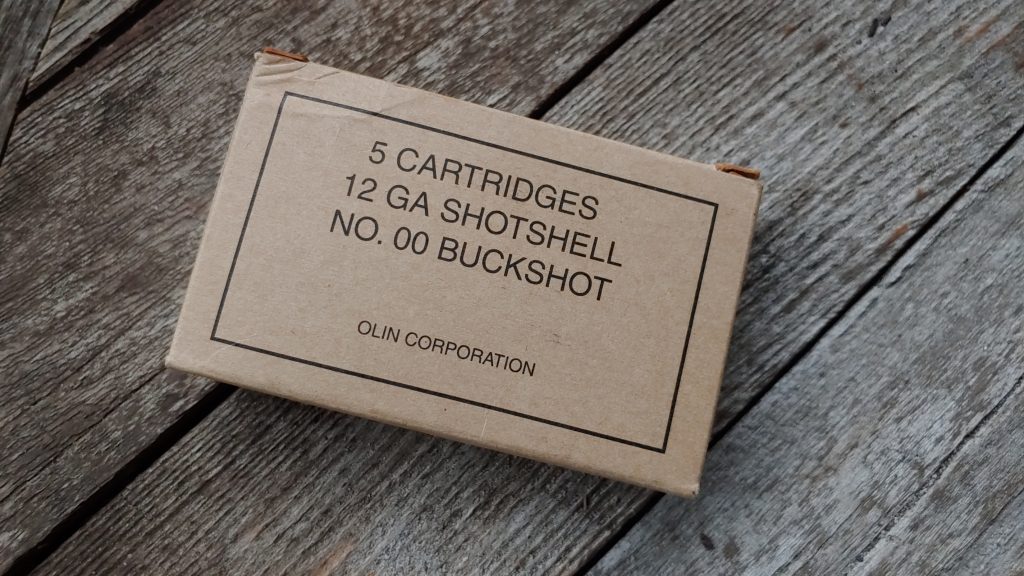 Olin delivered the widest spread of our budget buckshot loads and measures out to 8 inches at 10 yards. That’s far from fancy. I also noticed some inconsistent patterning. With the same POA, I had spreads that were never entirely consistent. Reliable function wasn’t an issue, and the shell features a lovely high brass design. In terms of recoil, the round isn’t unique or excessive.

I never even heard of this budget buckshot brand until Black Friday. I purchased 250 rounds of it for less than 150 dollars, making it the cheapest buckshot I’ve purchased since 2019. This Greek load is a standard nine pellet, 1325 FPS buckshot, with a rolled crimping. Rolled crimping with cheap buckshot is a nice touch that allows for more consistent performance. 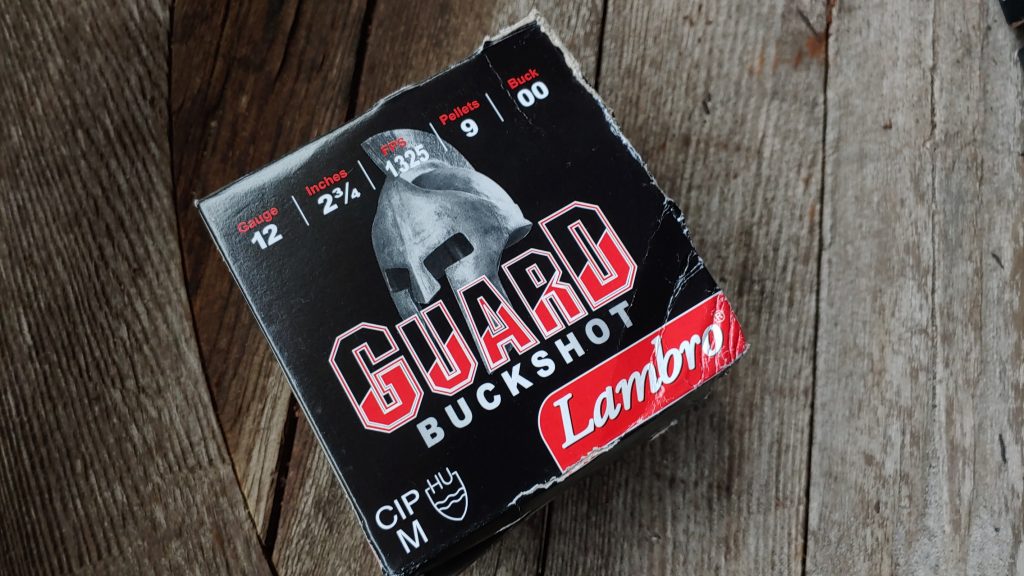 Speaking of, a 4-inch spread at 10 yards provides a rather unusual pattern for such cheap ammunition. It also seems to be consistent with the majority of the pellets landing dead center. Occasionally one or two pellets may favor one side over the other, but not by a crazy amount. It’s solid ammo, and for the price, it’s unbeatable.

I call this American buckshot because of the red, white, and blue box. I don’t know what else to call this simple, 1,325 FPS, nine pellet buckshot load. This laid remains less than a dollar even during the height of the Covid and election shelf emptying phenomenon. While the box claims to be a 1,325 FPS load, I actually doubt that. 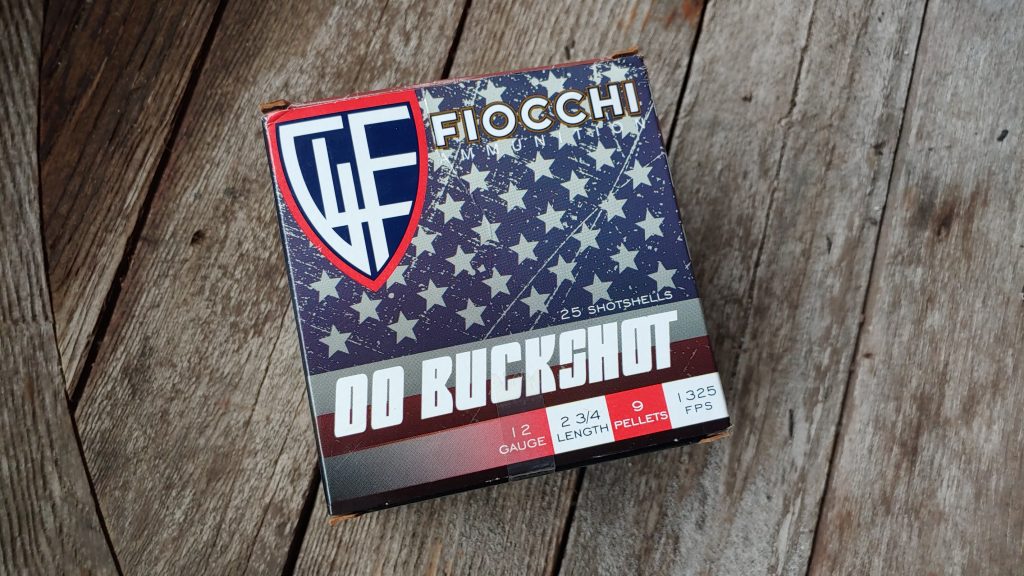 Almost every load in this budget buckshot shootout is a nine pellet 1,325 FPS load. Yet this particular Fiocchi load recoils much softer than any other buckshot on this list. I went through an entire 25 round box to see if this was consistent, and yep, it was a lot lighter recoiling than any other load. Spread wise we got a 6.5-inch spread, and it consistently patterned a little more vertically than horizontally. The load is low brass, has a folded crimp, and lacks any buffering material. 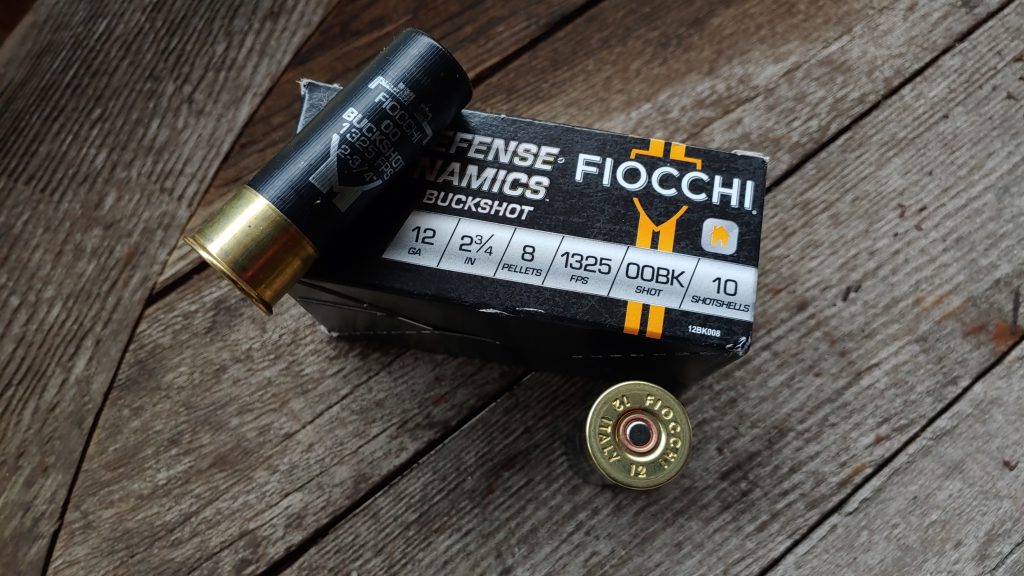 Performance and function proved perfectly fine without any failures. The pattern hit 6 inches consistently and patterned very consistently in a round pattern. It works well, and I think it would pattern a little tighter and have less recoil with a lower FPS. 1,200 FPS would be perfect!

This budget buckshot load comes from across the pond, way across from the Czech republic. The S&B load steps back in time and doesn’t make use of a wad. Instead, you get one of the old cardboard disks. We do have a rolled crimp, and what just qualifies as a high brass load. Velocity isn’t printed on the box, but according to the website, it’s a 1,200 FPS load. 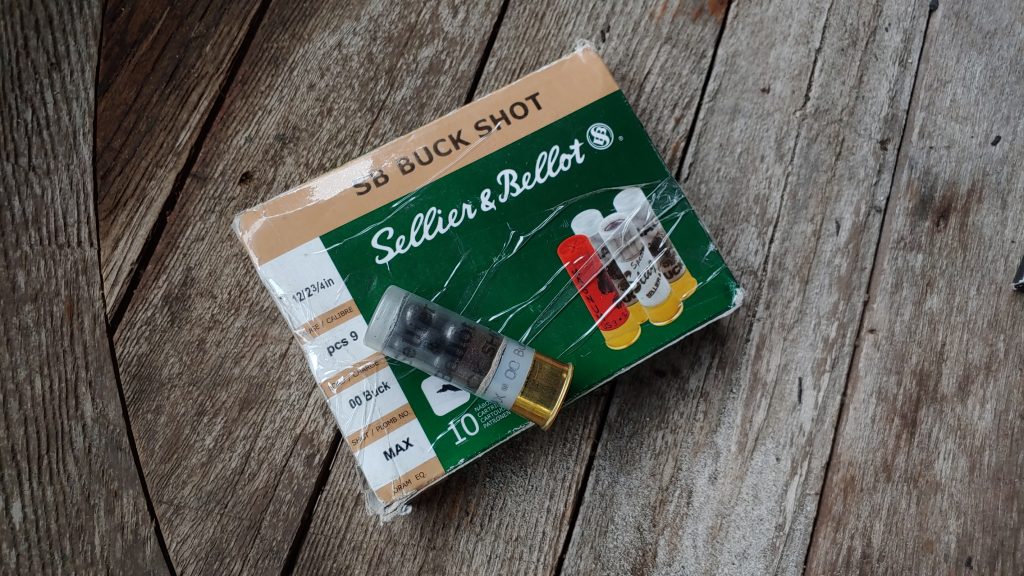 It certainly has light recoil, and for an unbuffered shot load without a wad, it doesn’t pattern as bad as I thought. My best pattern could also be called my worst. It’s a 5-inch pattern…but the flyer isn’t on the paper! Other patterns showed a typical pattern of 6 inches or so, and a horizontal pattern seems typical.

At the beginning of this whole Covid thing, I saw the writing on the wall and bought some buckshot from Academy. In fact, I grabbed 500 rounds of their nine pellet buckshot for training purposes. It’s a high brass, rolled crimp, nine pellet load with a velocity of 1,345 FPS. Not fancy, but it proved to be not too bad. A 4.5-inch pattern at 10 yards proved to be the best pattern, with most being closer to 5 inches. The pattern wasn’t always super consistent and did the old donut of death. 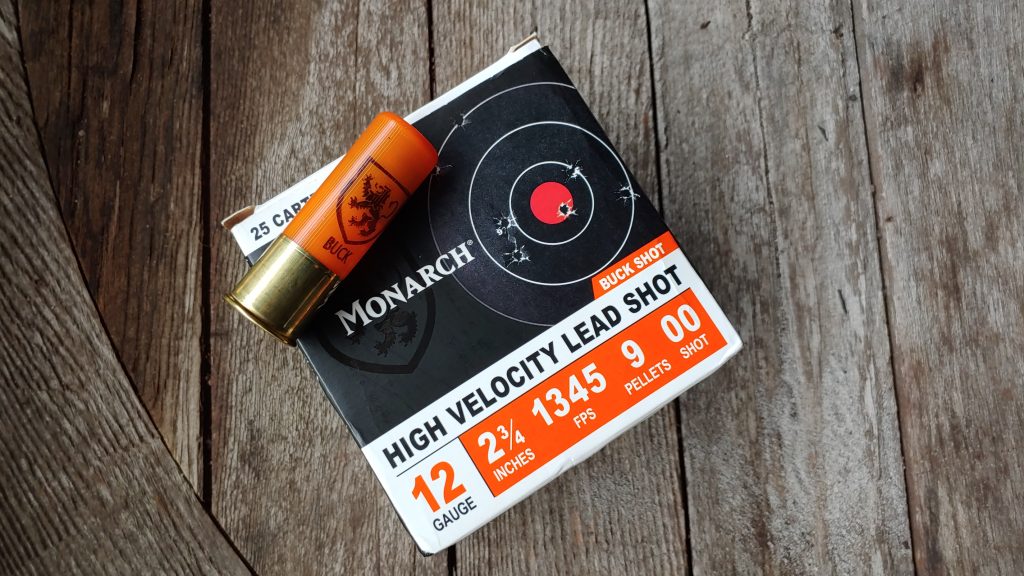 The Monarch Buckshot load proved impressive for being budget buckshot, but you can certainly feel a bit more recoil with this load. I’d actually not be surprised if it was faster than 1,345 FPS. It feeds reliably, and my main complaint is that the shells aren’t just like my training rounds. For the price and seeming wide availability, this might be the best when logistics are tough.

I’m not sure what to call this load. It’s the black and white Federal bulk pack. I paid .49 cents per round pre-Covid. It’s a standard high brass, nine pellet load at 1,325 FPS with a folded crimp. Pattern wise, we got less than 4 inches at ten yards. The patterns were all tight to the center and came out to be right around 3.75 inches. 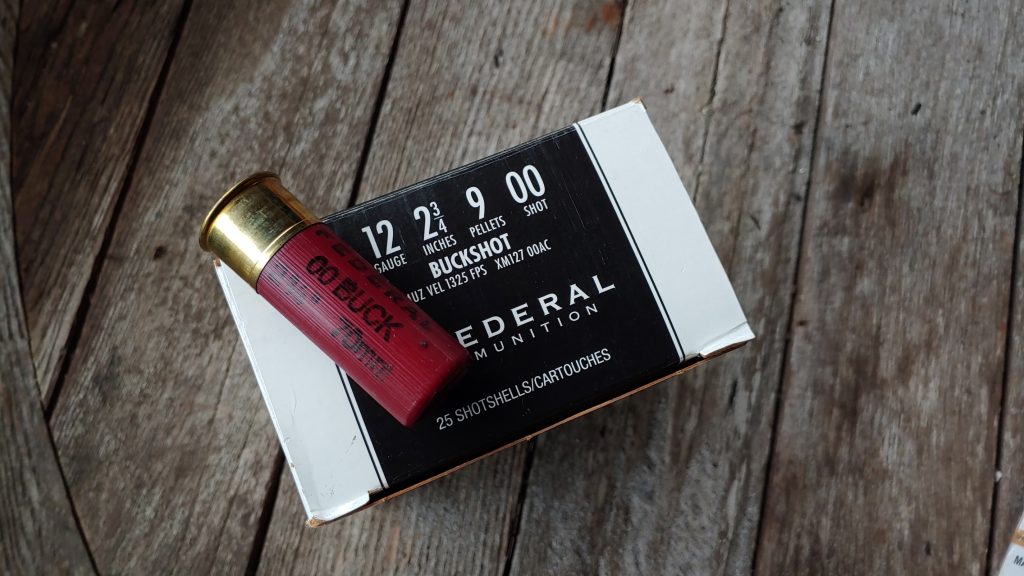 Federal makes good buckshot, even when it’s cheap buckshot! Performance was flawless, and if you can find it, this is the best load I tested. Sure, a lower FPS would be better, but the patterns tight and consistent.

Loads pattern differently between guns, chokes, and more. The same guns built on the same day from the same factory can pattern differently. Each load must be patterned with your specific gun at your range. Use this as just a simple guide for basic performance, but always confirm with your own gun. I’d advise Federal FliteControl for home defense, but it’s not always available. As such, you might have to turn to a budget buckshot load, and if so, you at least know what to expect.