The 5 Worst Defensive Ammo Options On the Market

When you are readying a firearm for concealed carry and home defense, you have the critical task of deciding what ammo you want to carry in your gun. It’s a crucial decision to make and could make a significant difference in your success. Specific choices are personal, like choosing between +P and non +P loads. However, some things are absolute, and some ammunition is total d@&*(&t. That’s right; today, we are looking at the worst defensive ammo on the market.

I thought we ended this debate years ago, but after seeing dozens of posts at Shotgun Nation on Facebook, I’ve realized people still use birdshot for self-defensive. I don’t understand it. It’s literally called birdshot, and it’s made for small game. Why would you want something made for small game for home defense? It’s the worst defensive ammo out there unless, of course, you have to fight birds.

Most people claim birdshot works as a slug at close range…that’s not true. The range at which birdshot is slug-like is point-blank. Why would you let a bad guy get that close? “BuT iT wOn’T pEnEtRaTe wAlLs!” Do you know what else won’t penetrate walls? A well-aimed blast of buckshot.

If RIP rounds were as effective as their marketing, these would be the best self-defense loads on the market. The claims that the serrated tips cut a saw and the round fragments delivering multiple wound channels make them sound great! However, they aren’t true. I mean RIP rounds fragment, but the pieces don’t penetrate deep enough to matter. Part of the round might reach those distances, and the portion that does reach the penetration standards isn’t creating a large cavity. The projectile has to be incredibly light so it can fragment, and as such, the lightweight nature of the round ensures penetration sucks and isn’t consistent. Plus, since a good portion of the bullet fragments away from the round, it doesn’t expand and deal severe damage. It’s easily one of the worst defensive ammo options on the market.

Let’s be clear; the actual PDX-1 segmenting slugs are fantastic. They are potent and do a great job penetrating bad guys and putting down any animal. The PDX-1 slugs use a ‘buck and ball’ load that mixes slugs with buckshot. Packed behind the slug are three rounds of 00 buckshot. The idea is that with smoothbore barrels, you can improve your ability to hit the target by firing four projectiles. 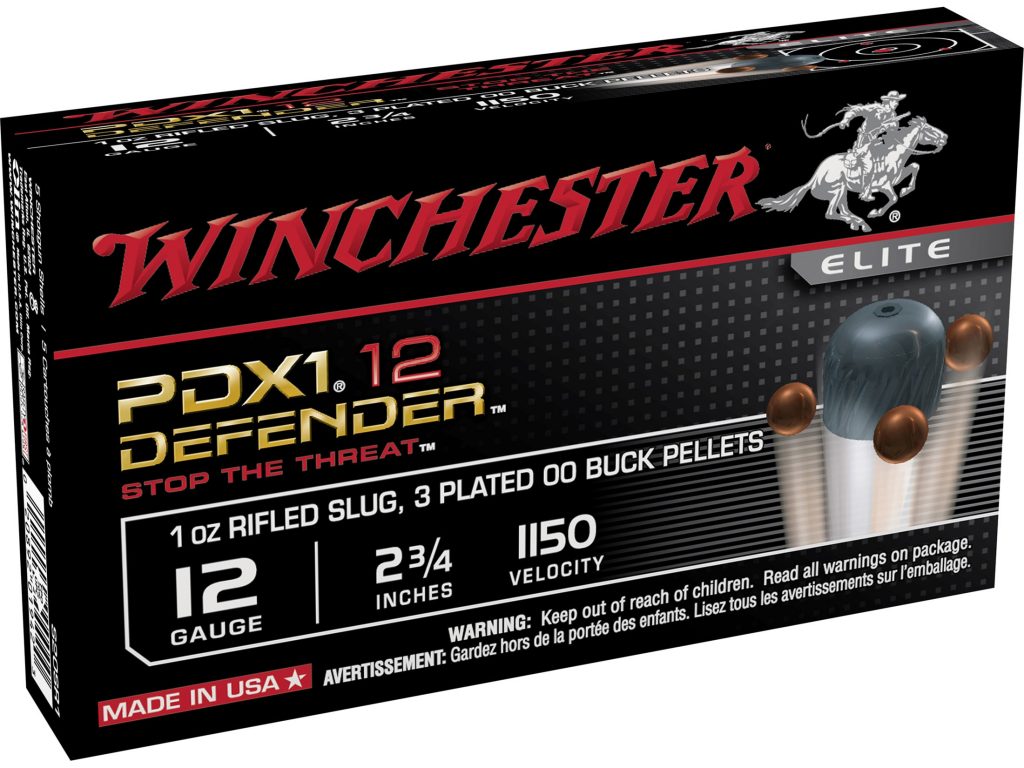 Sounds great, but we aren’t in Fallujah. You are responsible for 100% of the shots you fire, including your 00 buckshot pellets. The pellets are supposed to fly in a triangle-like formation around the slug. They don’t always do that, and at the ranges, you use slugs, they go wherever they want. The slug loads are great, but the buck and ball loads are dangerous and part of our worst defensive ammo list.

Again, I thought we were past this. Yet, in many, many groups, I’ve seen people using FMJs for self-defense or staggering hollow points and FMJs for some stupid reason. Full metal jackets do a great job at penetrating. They do it too well. They over-penetrate and can hard another person or piece of property. I’m not talking about a miss, and I’m talking about a direct hit on a bad guy that passes through and keeps on keeping on. 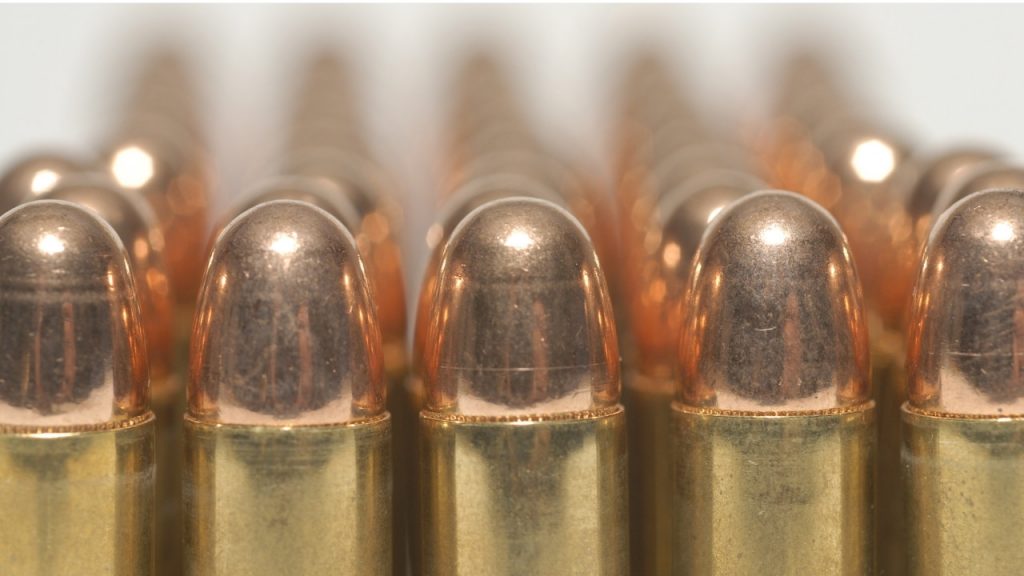 FMJs are arguable the worst defensive ammo even on this list. FMJs are for practice and being crappy military ammo. On top of having too much penetration, they also suck because they don’t expand and cause serious damage to the body of the shooter. Leave them at the range, fellas and ladies.

Liberty Defense is another one of those uber light all copper rounds that promise fragmentation and devastation but don’t deliver. These lightweight rounds do deliver super low recoil, which is sweet, and I appreciate them for being weird. However, I can’t appreciate their terrible performance in a bad guy’s body. 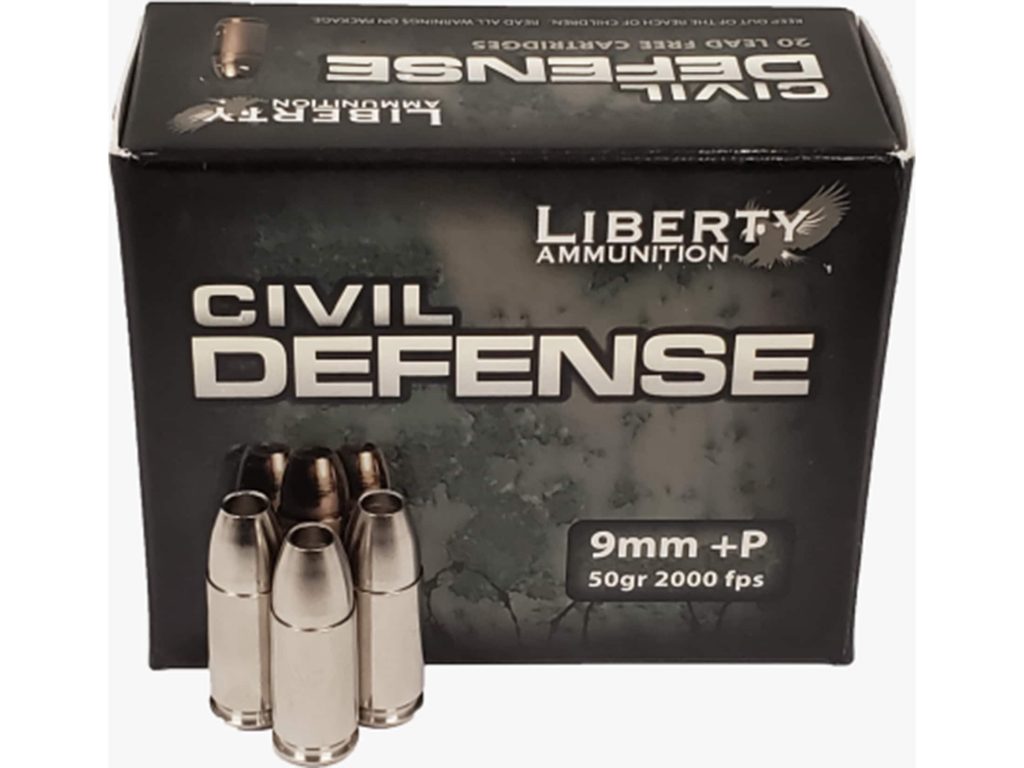 Penetration sucks hard, and they barely pass through the body before fragmenting and becoming relatively useless inside the body. It doesn’t perform to established standards and doesn’t guarantee a solid stop. Liberty Defense ammo makes the worst defensive ammo list because it’s essentially snake oil ammo.

Self-defense is literally a life-and-death situation. Picky the wrong ammo could have fatal consequences. Ammo selection is essentially a solved science. Find something that penetrates, expands, and destroys. If something seems gimmicky, it likely is.

Source
The 5 Worst Defensive Ammo Options On the Market is written by Travis Pike for gatdaily.com