Your Silent Partner – A Booklet On Knife Fighting by John Ek –

Recently I reviewed the Ek Model 4. This classic fighting knife has been rereleased by KA-BAR to allow the masses to embrace the classic Ek Model 4 dagger design. John Ek’s knives came to be during World War 2, where he famously only sold knives to troops. Not out of some sense of moral responsibility. He wanted to make as many knives available to fighting men as possible. John Ek also wrote a very short booklet on basic knife fighting called Your Silent Partner.

This short booklet contained some rudimentary knife fighting advice and basic techniques, and knife maintenance. It’s a quick read, and as a booklet intended for soldiers overseas, it doesn’t waste paper and ink waxing poetically. Your Silent Partner also contains a catalog of Ek Knives, and the process in which they are formed, made, and why they function so well in their jobs as fighting knives.

Obviously, he was the inventor and owner of Ek Knives. John Ek spent three years in the National Guard and seemed dissatisfied with the M1905 Bayonet as a fighting weapon. That drove him to create his own fighting knife. The book’s foreword quickly glosses over Ek’s dive into knives and knife fighting. He researched books, spoke with soldiers, Marines, and sailors, and dived deep into the subject before he ever designed a knife.

Your Silent Partner – A Booklet on knife Fighting was created solely for the fighting man going overseas. These days the booklet isn’t exactly sold on amazon, and I only learned of it through a reference at Wikipedia. I went on a Google quest, and it took me the third page of Google before I stumbled across a scanned PDF variant. The third page of Google is pretty far to hunt, but the copy remained readable, and I breezed through it.

In Ek’s introduction, he states, “This booklet has been prepared for and only for you men in the armed services.” While unintentional, I do like that this shows that back then, a whole county went to war, not just the armed forces.

John Ek goes into describing what a fighting knife should be. He describes the requirements and follows up with how the Ek knives fit the bill. After that, the book dives into how to use the knife and never stops. 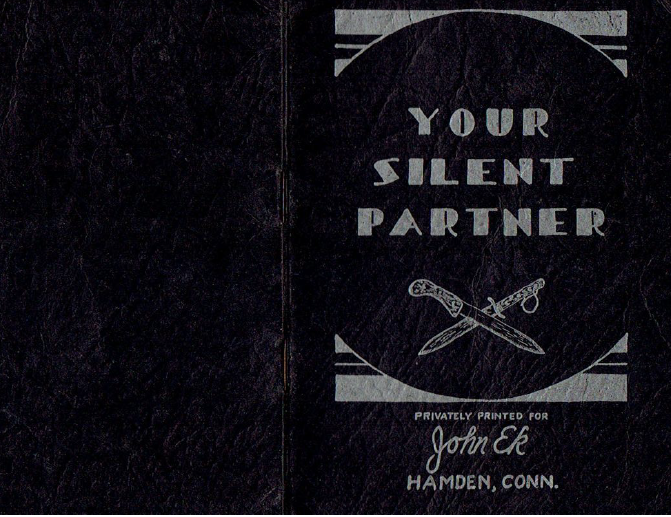 He sources advice from violence connoisseur Rex Applegate, a famed expert in hand-to-hand fighting.  He adds his own touches and describes a very basic stance. It’s simple to read and digest, and again when you look at an American man heading to war, it makes sense. These guys didn’t have time to read a few hundred pages about knife fighting while storming Normandy.

Throughout the book, all the information is provided this way. It’s quick, easy to digest, and doesn’t ever get too deep into the woods. Heck, the book moves from stance to techniques and knife care without the need for chapter breaks. It’s meant to be read in one sitting, and the advice is simple enough to remember.

The advice targets not just the individual soldier, but plenty could be absorbed by the NCO who takes charge of his men. The physiological response to killing with a knife is addressed, as is advice on practicing the techniques from a logistical standpoint.

The basic stance is slightly crouched with the knife in the dominant hand tucked in near the belt, and the left out and used to block, parry, and attack. Hell, throwing sand is an advisable tactic. The stance described is still used by the Marine Corps in their basic knife fighting skills.

Your Silent Partner dives into the weak points of the body and where a knife can do the most damage. Again, it’s all super easy to understand and something easy to remember. I read the book, and it’s easy to remember a stab below the Adam’s apple kills quickly. A cut across the bicep and wrist will disable an enemy effectively, and sentries can be disabled with a deep stab into the kidney area. 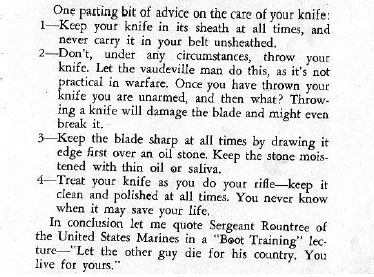 He even advises stabbing the kidney over trying to slice a throat to take a Sentry down, and realistically you can see why. Carving through a throat silently from behind takes time, skill, and stealth. A quick stab to the kidney is much quicker and easier to do without training.

Finally, we get to carrying the knife, and the advice could be taken from a book on concealed carry. It’s practical and advised ways to conceal the knife so the user can maintain their surprise. They also advise practicing drawing and consistently carrying in the same method. 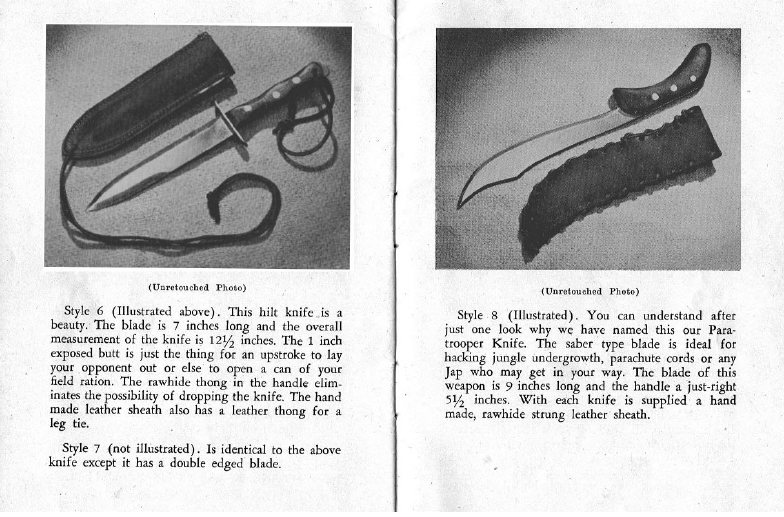 At the end of the advice, he offers four basic pieces of advice regarding care for your knife, don’t throw knives, etc.

I love books like this. Pieces of history that are relatively unknown but still valuable. Your Silent Partner offers plenty of advice. It’s quick and easy to digest, and the advice is still relevant if you find yourself in a knife fight. Plus, the end pages consist of a catalog of Ek knives, and it’s fascinating to see the various models and read their very un-PC descriptions. If you can find your way to the third page of Google, it’s a worthwhile read.

Source
Your Silent Partner – A Booklet On Knife Fighting by John Ek – is written by Travis Pike for gatdaily.com

What drives Trudeau’s campaign against guns?